In the cars, the In-Vehicle Infotainment (IVI) systems are approaching digital cockpit solutions that offer a transformative driving experience. If we talk about today’s scenario, intuitive user interfaces and the rich OS designs for IVI systems are much in demand. And here, at this moment only, Android Automotive comes into play.

It extends Android, an open-source platform, for automotive use with essential automotive extensions for the one who is unaware of Automotive Android

When it comes to Android Auto, it is a feature, on the contrary, Android Automotive is a comprehensive platform that supports various features for advanced In-Vehicle-Infotainment (IVI) systems. Moreover, it is emerging faster to support all the functionalities and features needed to develop IVI systems.

Using the same governance model as that for mobiles, Android Automotive will also be a part of AOSP (Android Open Source Project). With this platform, the lock-in to Google services is not available. OEMs can freely use AOSP to develop custom IVI systems with their desired VR, 3rd party navigation, and connected services providers.

A survey conducted in 2019 emerged with the satisfaction level of owners of the vehicles who took advantage of dashboard gadgetry. Let’s take a look at the automotive infotainment OS market share. On the other end, medium and low-end infotainment systems are pointed for enhanced distraction, while owners within the range of 46% were satisfied.

So, here the insights from the conducted survey findings revealed the widespread dissatisfaction while using VIS.

Well, well-equipped vehicles with Android Auto and Apple CarPlay are allowed to use the data from drivers’ smartphones to access cloud-based services. This facilitates the driver to get advice for better navigation, traffic details, and advanced processing abilities. Still, such smartphone-based systems are still far away from perfection.

When we talk about Android Automotive OS, it pushes the IVI system to perform all such sanctions with no need to connect with mobile devices. Moreover, this OS provides various options to the engineers of infotainment system development and media app developers. Also, this platform assists in mitigating some of the most significant issues that developers used to face in the past.

Besides, Android Automotive OS offers various advantages to its users, such as: 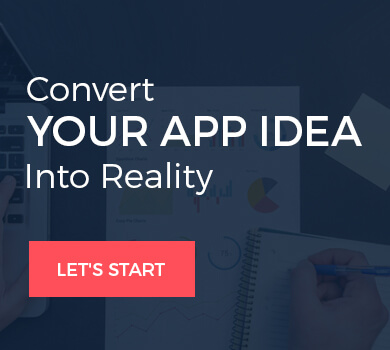 Android Architecture consists of the below generic components. Let’s check them out.

Also known as the HMI layer, it consists of the user and system apps. Moreover, this framework is perfect for designing the apps that many core business needs get transformed to the Service layer. Such a design permits future scalability and easy updates.

In this layer, you will find all System services. The best part is that OEMs are allowed to use the Services layer like a security shield and can also prevent direct contact between the apps and the Hardware Abstraction Layer.

This layer exhibits automotive interfaces to the system services in a way out that we get a vehicle-agnostic architecture.

The Android Automotive, application framework, HAL, and System services are the core components that permit data exchange between apps and vehicle ECUs.

It a vital kernel belonging to the Android Automotive architecture.

Well, these names may sound confusing, but not to worry, let’s get a profound explanation below. This is found in your smartphone, and you are required to pair your mobile device with the vehicle’s infotainment system through a USB connection.

Let’s take an example: Suppose you are using a different car every day. To get a consistent experience, you will need to pair the application on your phone with the infotainment system of every vehicle you use.

Well, we have discussed above also, Android Automotive is a platform that is developed only to strengthen automotive infotainment systems. Moreover, you can run this OS directly on the vehicle’s hardware, and that also with no need for an external connection with a mobile device.

Besides, Android Automotive OS supports the applications that are also built for Android Auto. You can customize this platform easily by OEMs to provide exceptional experiences to users. A combined set of services and apps, Google Automotive Services (GAS), are available on Google for OEMs at a decided cost. Moreover, you can integrate these with your final product, such as Calendar, Mail, etc.

Let’s check out some services that are included in this cluster:

Well, day-by-day, expectations of consumers from IVI systems are constantly increasing. This will indeed integrate the onboard potential of the vehicle with the IoT Cloud. By the origination of 5G along with other wireless technologies, this connected architecture becomes powerful.

Hence, this will undoubtedly result in a new-gen robust digital cockpit solution at the vehicle carbon hub in the coming years. Also, let you know that Android Automotive OS is developed to deliver such software-defined platforms only. If you want to develop your automotive software, you should hire an expert automotive software development company.